Franchises Provide Innovative Content for All Segments of Growing Market

THQ is capitalizing on a growing internal studio system of 14 wholly-owned developers and more than 25 of the best independent development teams worldwide to build a formidable product line-up that provides all gamers with new and innovative content. Playable for the first time, exclusively at the THQ booth, will be the much-anticipated Saints RowTM, developed by Volition, Inc. for the Xbox 360TM video game and entertainment system from Microsoft, as well as cross-platform next-gen console title FrontlinesTM: Fuel of WarTM, developed by THQ's Kaos Studios. WWE® SmackDown® vs. Raw® 2007, developed by Yukes Co., Ltd. for THQ/Jakks, will be on display for both current and next-gen systems. Additionally, new original properties will include next-gen Windows PC titles Company of HeroesTM, developed by Relic Entertainment, and Supreme CommanderTM.

High-profile licensed properties Disney/Pixar Cars, SpongeBob SquarePantsTM: Creature from the Krusty Krab and Avatar: The Last AirbenderTM, all scheduled to ship for next-gen and current gen systems, will also be on display.

"THQ is positioned to deliver original content to all segments of the video game market and capitalize on industry growth opportunities over the next several years," said Brian Farrell, president and CEO, THQ. "Our extensive studio system is building an impressive product pipeline of high-profile original and licensed properties that will keep THQ on the cutting edge of innovative development for all viable platforms."

THQ's next-gen console line-up includes original, internally developed titles, and a high-profile addition to the WWE SmackDown vs. Raw franchise that brings the series to the Xbox 360 for the first time:

Saints Row: An explosive, third person, open-world action/driving hybrid developed by THQ's Volition, Inc., Saints Row is the only game in its genre that offers players unrivalled character customization options and a multiplayer experience through Xbox Live® online entertainment network. In the game, players assume the role of a member of the 3rd Street Saints on a mission to rise up the gang ranks and eventually take over the city of Stilwater, controlled by rival gangs. In Saints Row, actions have consequences and players decide how best to muscle their way to the top. Saints Row is scheduled to release for Xbox 360 in fall 2006. Saints Row is also scheduled to ship for wireless devices in fall 2006.

Frontlines: Fuel of War: Developed by THQ's Kaos Studios, Frontlines: Fuel of War is an open world infantry and vehicle-based First Person Shooter featuring advanced next-gen weaponry that places gamers in a desperate struggle set in the near future. A global war for oil is being waged between two superpowers, the Western Coalition (US/NATO) and the Red Star Alliance (Russia/China), and gamers will play both sides within the context of battle. The single player campaign will focus on this story, as players battle through intense scenarios with other squad members, moving the frontline through enemy territories in this war-torn universe. Frontlines: Fuel of War is expected to ship for Xbox 360, PLAYSTATION®3 computer entertainment system and Windows PC in 2007. *

The Sopranos: A mob war is brewing as Philadelphia's and New Jersey's most powerful families are about to collide. As the illegitimate son of "Big Pussy," the gamer has been born into the organization and is now being given an opportunity to demonstrate loyalty to Tony Soprano. As a soldier, players must earn money on collections, protect turf through intimidation and gain admiration within their own family to move up in the ranks of the organization. Carry out orders from Paulie, Silvio, Christopher and Tony in familiar locations such as the Bada Bing!, Nuovo Vesuvio's and Satriale's. The storyline was created in collaboration with show creator David Chase, and the show's key cast members provide the voices. The Sopranos is scheduled to release in holiday of 2006.

MotoGPTM '06: Building on the successes of its Xbox predecessors, MotoGP '06 re-launches the franchise on Xbox 360. Gamers will be met with new tracks, bike models, refined handling and Live! functionality, making this a truly fresh and aspirational title for even the most hardened fans of the series. MotoGP '06 will launch with the current 2006 season data, giving an unprecedented accuracy to the real sport, in addition to visual effects that surpass any racing title to date. All extreme mode circuits have been revamped, streamlined for speed and fast-flowing racing action. Customize and ride all new extreme bikes in street racing action from the gleaming skyscrapers of Rio de Janeiro to the jagged mountains of Tuscany. MotoGP '06 is scheduled to release for Xbox 360 in spring 2006.

In addition to carving out a leadership position on next-gen console systems, THQ is showcasing a collection of triple-A, next-generation Windows PC properties at E3, highly targeted at the core gamer:

Supreme CommanderTM: Developed by Gas Powered Games, founded by Chris Taylor, creator of Total Annihilation and the Dungeon Siege series, Supreme Commander features a riveting, action-packed storyline, ground-breaking gameplay and genre-defining online multiplayer battles. In the 37th Century, the galaxy is torn apart by three rival factions, each vying to eradicate its enemies from the universe, end the Infinite War and become the reigning power supreme. Supreme Commander represents the next evolution in the Real Time Strategy genre through its truly strategic and tactical gameplay and mind-blowing scale and scope, which is coupled with unrivalled zoom and control features. Supreme Commander is scheduled to release for Windows PC in early 2007.

Titan QuestTM: From the co-creator of Age of Empires, Brian Sullivan, and his team at Iron Lore Entertainment, comes an all-new action role-playing game set in the mythical worlds of ancient Greece and Egypt. Amazing visuals and fast-action gameplay deliver a true cinematic gaming experience. Lush ancient-world settings crafted in near-photo realistic detail provide the player with an extraordinary canvas on which to embark upon an epic quest of the ultimate good versus evil. Titan Quest is scheduled to release in summer 2006.

THQ will be displaying titles based on its own core IP, mass-market titles and established original franchises for next-gen as well as the huge installed base of current-gen console and hand-held systems:

Disney*Pixar Cars: Cars, the video game, is a high performance interactive experience in the open world created in the film, challenging players to relive the excitement created by Lightning McQueen and his friends. Fans will discover unique characters and environments inspired by the film with more than 10 playable characters and 30 races and minigames to choose from. The game features a fully immersive re-creation of all major environments introduced in the movie, including Radiator Springs and Ornament Valley, which will offer distinctive racing experiences to players while maintaining the artistic style of the film. Disney*Pixar Cars, the video game, is expected to ship for PlayStation 2 system, Xbox, Nintendo GameCube®, Game Boy® Advance, PSP system, Nintendo DSTM, Windows PC and Mac in June 2006 and for Xbox 360 and Nintendo's Wii console in fall 2006.

Destroy All Humans!TM 2: The plot for world domination is renewed as acclaimed developer Pandemic Studios transforms conventional expectations - allowing gamers to play as the Alien and take on the most feared enemy in the universe - mankind. Packed with non-stop action, an explosive arsenal of alien weaponry, advanced mental abilities and an irreverent personality that satires 1960's era icons and science-fiction mythology, Destroy All Humans! 2 uncovers an open-ended world where the player can unleash massive destruction on the ground or in their UFO. Destroy All Humans! 2 is scheduled to release for the PlayStation 2 system and Xbox® video game and entertainment system from Microsoft in fall 2006. Destroy All Humans! 2 is also scheduled to ship for wireless devices in June 2006.

Monster HouseTM: Based upon the upcoming computer animated film from Columbia Pictures, the Monster HouseTM videogames will allow players to experience key moments of the movie as they unravel the creepy mysteries of old man Nebbercracker's possessed house. Players will encounter unique adventures as they explore a living, breathing house, full of traps and secrets. With three playable characters, fans of the film will enjoy seeing the movie come to life in their living rooms. The Monster House videogames are expected to be available for the PlayStation 2 system, Nintendo GameCube, Game Boy Advance and Nintendo DS in July 2006.

Bratz: Forever Diamondz: YasminTM, CloeTM, SashaTM, and JadeTM are back for a brand new adventure sending them across the country in search of the hottest fashion designer. Players will experience unique adventures through the eyes of the four playable characters, in detailed open world environments, as they compete for a spot in "America Rocks Fashion" TV show. Fans will discover new features that include a figure skating competition and the ability to adopt a pet to train, dress, accessorize and showcase in competitions. Bratz: Forever Diamondz is expected to ship for PlayStation 2 system, Nintendo GameCube, Windows PC, Nintendo DS and Game Boy Advance in fall 2006. *

Barnyard: Enter the world of Nickelodeon's newest adventure and bring the "Barnyard" movie to life. Players will interact with their favorite movie characters while trying to prove they are the biggest party animal of them all. The film is written, produced and directed by acclaimed comedy writer/producer Steve Oedekerk ("Bruce Almighty," "Ace Ventura," "The Nutty Professor," "Kung Pow") and Nickelodeon Movies, producers of the Oscar® nominated "Jimmy Neutron: Boy Genius." The Barnyard video game is expected to ship for PlayStation 2 system, Nintendo GameCube, Game Boy Advance and Windows PC in July 2006.

Wireless: THQ Wireless will be also demonstrating games based on some of its biggest brands. In addition to wireless extensions of console and Windows PC brands listed above, feature titles will include Star Wars, NFL Football 2006 and others. For more information about THQ Wireless at E3, please visit www.thqwireless.com.

These titles and others, including games for the PSP system, GameBoy Advance and Nintendo DS will be on display at the THQ booth. 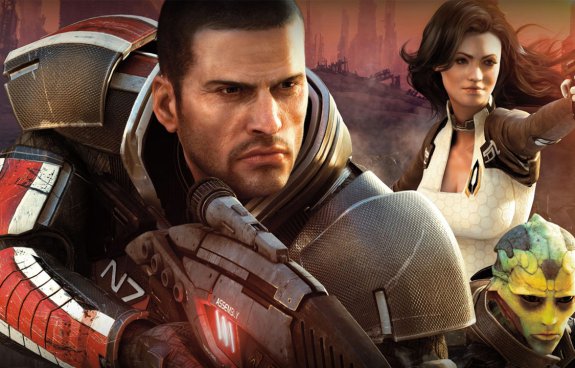 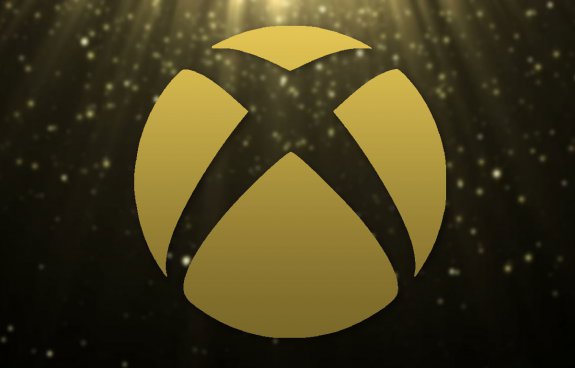 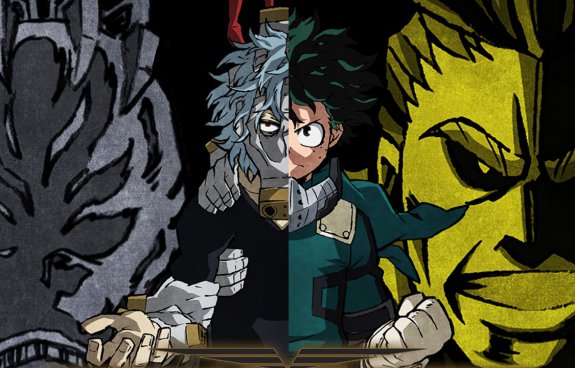 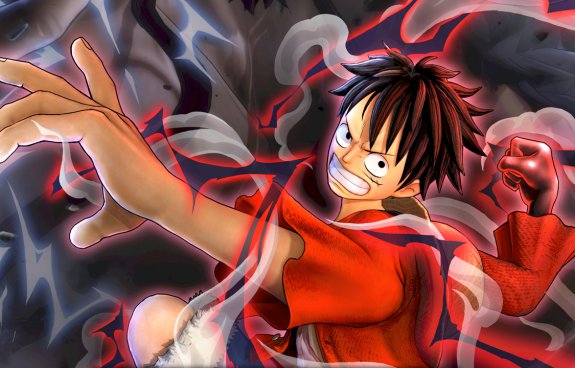 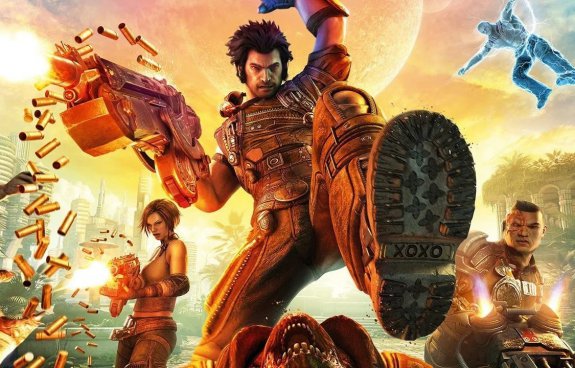 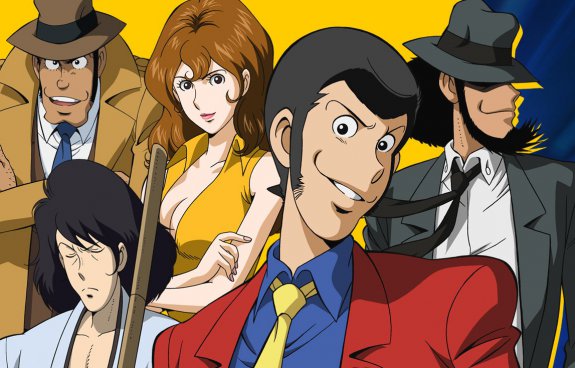